LEARN ABOUT OUR BUSINESS PHILOSPHY 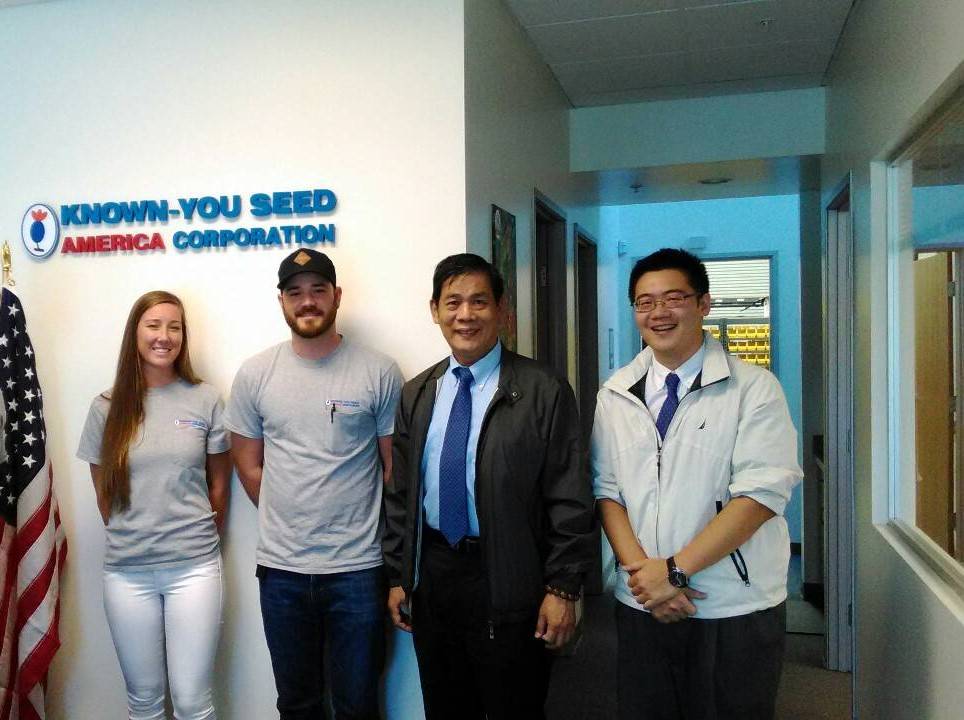 We are passionnate about
taking care of your plants

Known-You Seed Co., Ltd. was established by Mr. Wun-Yu Chen in 1968. Before that, he was just a public official. During his public career, he had studied crop breeding in Japan. This experience depended his enthusiasm for breeding.
Therefore, he decided to retire earlier in 1968 and founded Known-You Seed Co., Ltd. in order to devote himself to cultivar improvement of horticultural crops.

In the beginning, besides its own breeding activities, the company was entrusted with producing Tomato, Sweet Pepper, and Cucumber F1 seeds on a large scale by American and Japanese seed corporations.
Afterward the company launched its own Watermelon cultivars which have been adored by farmers in both Taiwan and the world. Since then, the foundation of the company was gradually set up.

The seed production orders from foreign corporations gradually declined in consequence of the economic growth in Taiwan. Fortunately, the cultivars bred by Known-You Seed have been successfully promoted in both domestic and international markets, which was why the company has been able to develop continually.
We are very proud that several of our Watermelon, Melon, and Tomato varieties have subsequently been announced as AAS Winners since 1975. Thus it is obvious that the products of Known-You Seed are highly reputed in international markets.

Since its establishment, known-You Seed Co., Ltd has bred thousands of excellent vegetable and fruit varieties under the leadership of the company founder. These cultivars are popular and highly recommended in both domestic and overseas markets, and several of them have been awarded the international All America Selections (AAS) Winners and have won in different variety contests in Taiwan.
All of these honors not only bring us tremendous joy and glory but inspire us to requite our customers and friends with more excellent new varieties. Thank you all for your support, and we will continue to do our best in the future.

Lung-Mu Chen
Chairman of the Board